When Moya Murphy from Rostrevor suffered a brain haemorrhage, her life fell to pieces. Eleven years later, she’s defied the odds and is determined to recover and to take on new challenges – an attitude that she credits to the support she’s received from Head Injury Support.

Head Injury Support, based in Newry, formed in 2008 to act as a hub of support and information for survivors of brain injury and their carers in the area. In 2016 they received £179,234 of money raised by National Lottery players to run a social enterprise to help survivors of brain injury, like Moya, with their recovery, and to help them become part of the community again.

Moya was at the first meeting when the centre opened and still attends classes. However, when she initially suffered her injury, there was no such support available. Her haemorrhage came when she was 32 years old, working as a sales rep and sole parent of her son Michael – just five years old at the time. It left her dependent on her parents, unable to walk or swallow.

Immediately after the haemorrhage, Moya had brain surgery three times. She was in an induced coma, put on life support and developed pneumonia, septicaemia and MRSA.

Moya says, “When I first woke up from the coma I didn’t know the extent of my brain damage, the doctors said not to tell me as the shock would kill me. It was a while before they deemed I was well enough to hear everything. The brain damage was so bad that 25 per cent of my brain is now dead. I didn’t comprehend it all and what knock on effect it would have on every little thing I would need to re-learn.

Moya was in hospital for six months and really missed being at home with her son Michael. When she returned home to her parents’ house she found there were no local support organisations to go to – until Head Injury Support formed in 2008. Moya was at the first meeting when the centre opened and still attends classes.

“At the time my parents were told that if I survived I would be in a nursing home for the rest of my life, I would need 24 hour care — but in the last year I’ve been able to move out into my own house with my son so I’ve made a massive recovery.” 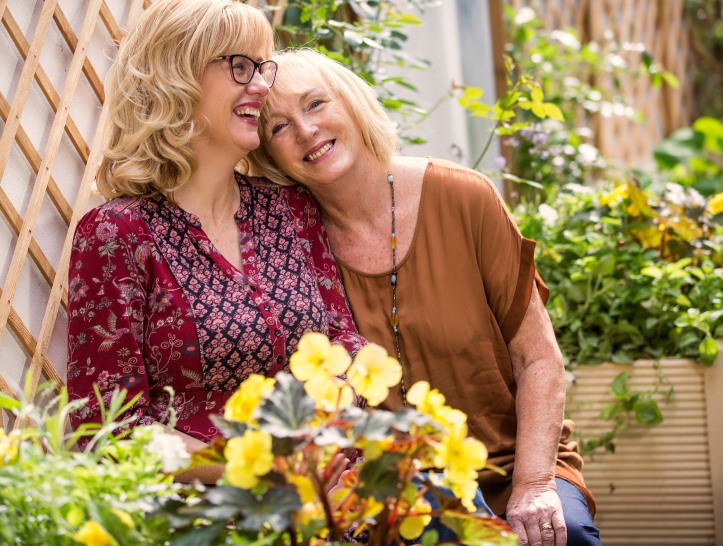 Moya said that Head Injury Support gave her a whole new outlook on life. Thanks to National Lottery players, the organisation is able to support people like Moya through the aftermath of their injuries. The activities they run have a big impact on people’s mental health, and provides an important support network for people affected by brain injury.

“I went through periods of depression but Head Injury Support helped me be more positive and focus on the things I wanted to do rather than focusing on what I couldn’t do,” says Moya. “They taught me how to cook and gave me the confidence to eat in front of people again.

“All the members encourage and support each other. It’s really important to socialise with other people who have been through the same experiences. The centre is like a family and the families or carers of the members are very involved as well. Because it’s not only the person with the head injury who is traumatised, it’s the whole extended family. They lose a part of the person and very often that person doesn’t come back — I’d say it’s taken me 10 years to start feeling like myself again.

“Before the brain haemorrhage I was an adventurous person — I had trekked in the Amazon Rainforest — and I never thought I’d have the ability to be that person again. But Head Injury Support organised for me to go gliding, horse riding and do a zip line which I would never have attempted to do on my own. 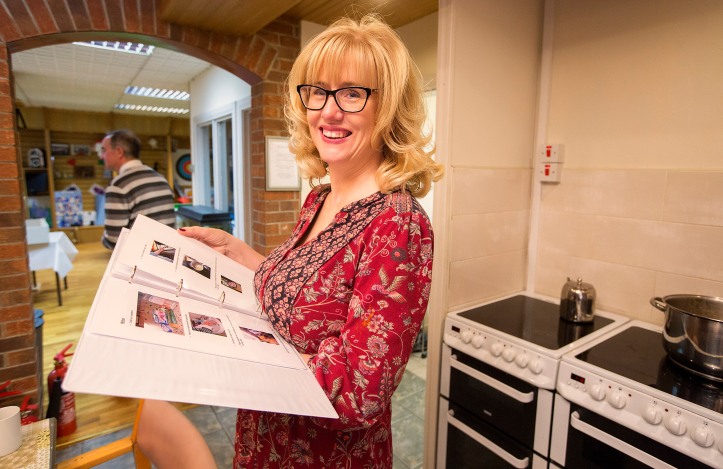 “I can’t thank the doctors and Head Injury Support enough for my recovery and I wouldn’t be here now if it wasn’t for the support of my family and the faith they have had in me.”

With the help of National Lottery funding, are able to continue their fantastic work and effect real and lasting change to the lives of those affected by head injuries.