When Sonia Blair from Millisle, Co Down was diagnosed with bowel cancer in 2014, her life turned upside. The stress of treatment took a heavy toll on her, husband Darren, and their two children, Tegan and Rory. But thanks to Cancer Fund for Children, which uses money raised by National Lottery players to support children and young people affected by cancer, the family was able to strengthen their relationships and discover new ways to cope.

Sonia received her diagnosis in December 2014, and at first she and Darren decided not to tell Tegan and Rory – then aged just 13 and 10. But both children had their suspicions that something wasn’t quite right. Four weeks later, Sonia and Darren broke the dreadful news.

“Tegan already had an idea that something was up,” said Sonia. “She had a dream the night before that I had cancer.

“To be honest it wasn’t hard to see all the changes that were happening to me and in the house. I had been an intensive care nurse part time working in Belfast, so I was always home while the kids were awake.

“Then I got the news that the cancer was stage three and had spread to my lymph nodes. Their dad had worked away all the time and all of a sudden he was home all the time and I was away getting treatment five days every fortnight.

“Tegan was only three months into a new school and it was already a tough and emotional time for her. Then they had some lessons on cancer in school and that was particularly tough for Tegan to sit through.”

Getting used to a new school, Tegan was already undergoing major changes in her young life and she found it difficult to come to terms with the news of her mum’s illness.

“I felt different from my friends in school and I didn’t know what to do,” said Tegan. “I was shocked and afraid.

“I began to cry in the class and the teacher could see I was stressed. I felt really, really stressed. My mummy couldn’t drive and a voluntary driver had to take us to school.

“My grandma had to care for us when mummy was having chemotherapy and she was too sick and too tired to do anything with us. There were yellow sharps boxes in the kitchen for my mum to dispose of medical stuff and everywhere had to be very clean. Everything was different and I cried a lot.”

Through a recommendation from a friend, the family joined Cancer Fund for Children’s Young Shoulders programme, which received £600,000 of money raised by National Lottery players from the Big Lottery Fund in 2016.

“The Young Shoulders programme was all about the kids,” said Sonia. “It was designed by them and was specifically for them and Tegan and Rory both loved it. 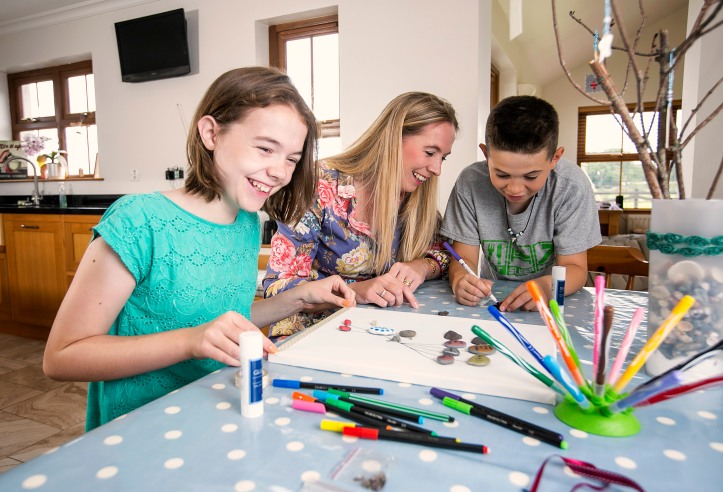 “There were no uncomfortable or difficult conversations and the kids could express themselves in positive ways and feel they were in control of their path in the programme. They were also assigned a Young Shoulders specialist who worked with them to design activities around their needs.”

The programme included residential trips to Narnia, a residential log cabin in the Mourne foothills. During these residential trips, Tegan and Rory met other kids whose parents were also struggling with cancer, and took part in activities to build their confidence and take control of their personal narratives. 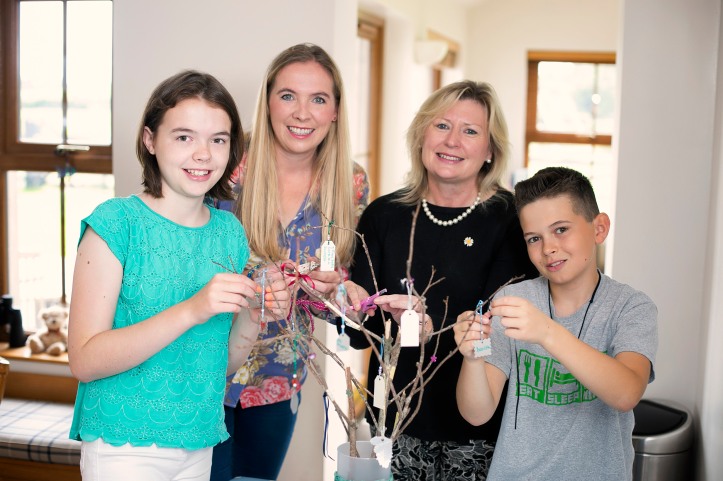 Thankfully, Sonia’s treatment has now ended and she is doing well. With family life returning to normal, Tegan and Rory are using the increased confidence and positivity they have gained through the Young Shoulders programme to help other children who are experiencing struggles of their own.

“I feel now that my future will be brighter and more positive as I have realised that there is a positive in every negative event in life,” said Tegan. “I am glad we had such a great experience with the Cancer Fund for Children and I hope other kids and families can experience that too.” 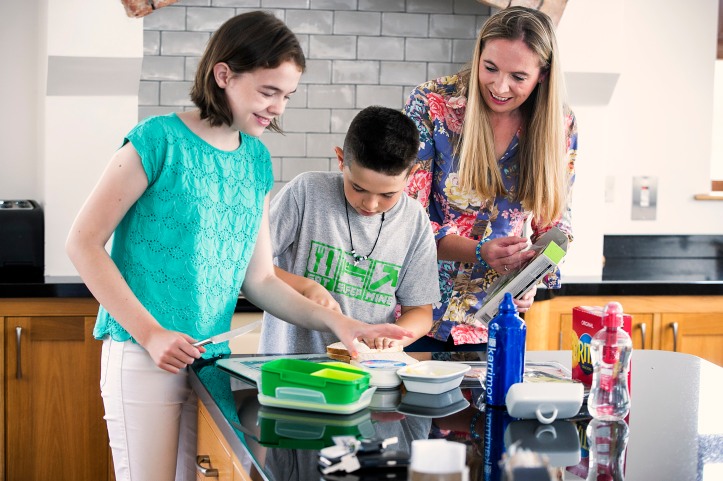 Thanks to National Lottery players, Cancer Fund for Children are able to continue their incredible work and help more young people like Tegan and Rory who have a parent who has been diagnosed with cancer.

For more information on Cancer Fund for Children visit: http://www.cancerfundforchildren.com/