A group helping domestic violence survivors in Derry/Londonderry is one of those benefitting from a grant from Big Lottery Fund.

La Dolce Vita Project, recently received a £10,000 grant from Big Lottery Fund’s Awards for All programme. The group advocates for domestic violence victims, and provides a variety of understanding and non-judgemental support services and advice.

It is part of a Big Lottery Fund grants roll out of £34,660 to four groups in the Derry area.

The La Dolce Vita project provides support services to those who have been affected by domestic violence. They are using the £10,000 to help provide a dedicated venue for activities. 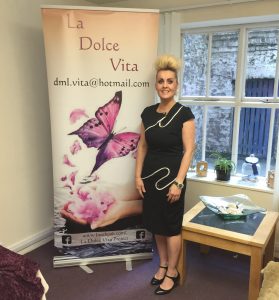 Mother of three Donna Maria Logue (38) originally founded it as a Facebook group from her bedroom in January 2016 after suffering a long history of domestic abuse.

“I always had self-esteem and confidence issues growing up. Domestic abuse played on and worsened those issues and today I am still challenged by its lasting effects. With the La Dolce Vita project I realised quickly how many others were like me.

“I went back to my abuser after physical and mental abuse incidents 37 times. I lost myself and did not know who I was any more. I only heard his voice and his words and I believed them. I felt like a ghost. It got to the point where my life would be taken from me if I didn’t take it back into my own hands, so I had to leave.

“You learn in domestic abuse to say nothing, the stigma is so great. I am an educated woman who worked in accounts, kept fit, owned my own house and car. Why would it happen to me? And yet it did. 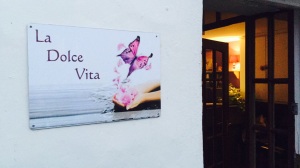 “During the most difficult times as I remained in the abusive relationship I got up in the middle of the night as my abuser slept. I started to write. I kept journals and drawings examining situations and my thoughts and feelings. I think this is what saved me. I was learning from it. I wrote notes to myself, and kept them in my pockets to remind myself that one day I would be out of this.”

It took a team of dedicated workers from Foyle Women’s Aid, Dawson House, social workers and doctors to support Donna Maria. But over the years, she noticed gaps with services that needed to be filled. She was encouraged by other women she knew in similar situations to set up a support group for other people in abusive relationships.

From when Donna Maria first set up La Dolce Vita as social media group the demand for support from all over Northern Ireland has been high. Lots of people came on board to help. The Awards for All grant is providing set up costs for charity’s new premises at 13 Queen Street, Derry/Londonderry.

“La Dolce Vita Project has been a life-line for those who remain in the relationship, in empowering them to make changes for their own safety,” Donna Maria said.

“It is scary to open up and even today I still have things to work on. I hope talking about my own experiences, as difficult as that is, empowers others to take their lives back.”